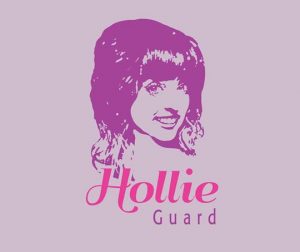 A free app for smartphones has been designed to protect both men and women from possible danger.

Hollie Guard turns your smartphone into a personal safety device. If in danger simply shake your phone to generate an alert, your location, audio and video evidence of the incident will automatically be sent to your emergency contact via text and email. Shake it again and it sends out a high pitched alarm and the flash starts to strobe, in order to attract maximum attention.

From the moment Hollie Guard is activated, your location is tracked and can be viewed in real time by your emergency contact. Evidence is not stored on the smartphone but on secure servers so that it can be used as future as evidence.

Hollie Guard also contains many other features including:

If travelling the Journey feature allows you to notify your friends, family and co-workers of your movements. An email or text will be generated and sent to your emergency contacts when you have safely completed your journey.

Meetings allow you to identify when you are going to a meeting or working alone. An alert will automatically be created if the timer expires or you do not cancel the meeting.

Man down facility provides extra protection for users in situations where injury or personal immobilisation is possible by flagging sudden deceleration, non-movement and impact.

The Hollie Gazzard Trust supports young hairdressers and charities fighting domestic abuse and anti-knife crime. Hollies’ father Nick is the chairman of the trust and believes this app will make a difference. “It is another weapon against domestic abuse and stalking and will surely save lives,” he said. “It will make the users feel safer when out there and this is what we want. Video and voice recording will also be extremely useful if evidence is required at a later date. Making the app free to download will not prevent anyone owning a smartphone from having this essential facility.”

The user guide is also available using the link below.